In June 2013, Van Dale signed a contract with WWE and was assigned to their developmental brand NXT in Orlando, Florida. In October 2014, she aligned herself with Enzo Amore and Colin Cassady, becoming their manager.

In July 2016, she made her main roster debut on SmackDown. In June 2017, Carmella became the winner of the inaugural women’s Money in the Bank ladder match. In April 2018, she became the first woman in WWE to successfully cash-in her Money in the Bank opportunity, when she defeated Charlotte Flair. After spending much of 2020 on hiatus, she returned to WWE as “The Untouchable” Carmella. 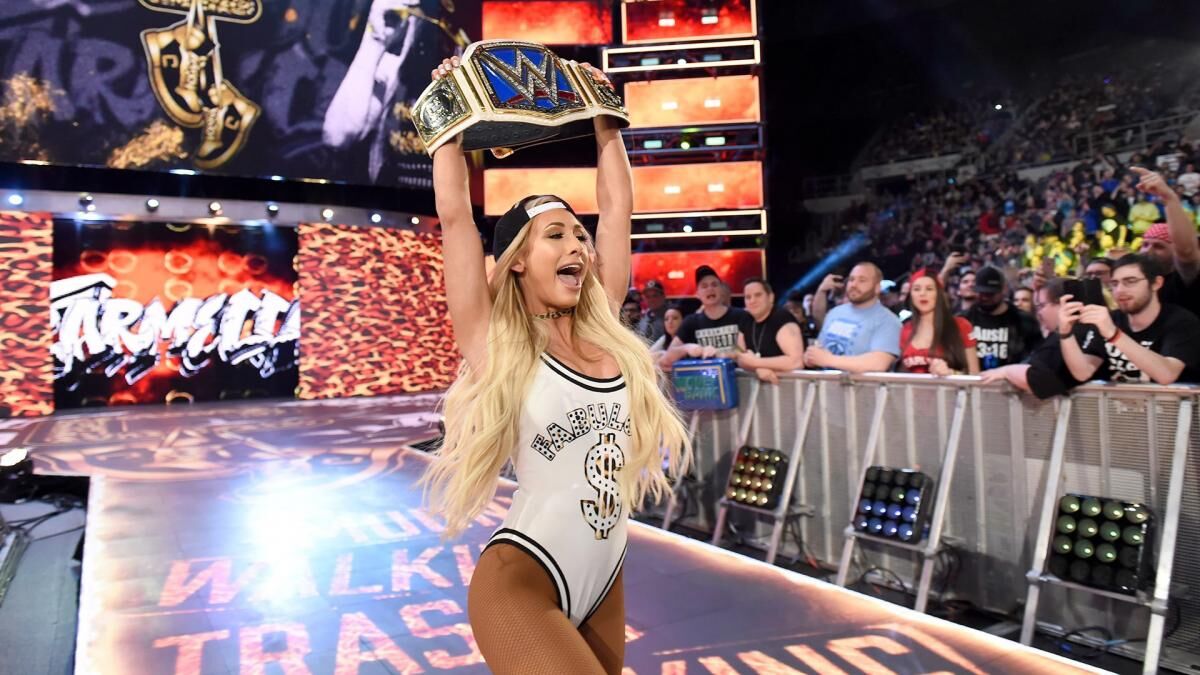