This week, Brian Cage returns to Impact Wrestling to confront Sami Callihan on the future of the World Heavyweight Championship.

#1. Havok vs. Su Yung – Winner: Havok by DQ after Su Yung spat The Mist in her face

– The North comment on their game plan for LAX tonight. We should be planning to say farewell to them forever. Page thanks LAX for the opportunity to take away what they loved the most. Alexander says The North knew for years they are the best, and it’s about time everyone knows and respects them. The North is going to make sure the world forgets about LAX. Page makes it clear they will only have one reign that will last forever.

– oVe cam. Sami Callihan is in a good mood tonight, because oVe are getting what they want. Madman Fulton is not though, and can be seen pacing behind them. Callihan is wearing a jacket like a true champion, and before they meet with Brian Cage later, oVe are going to watch Fulton play with Rob Van Dam. After that? They are taking over everything! Everything! Everything! Thumbs up, thumbs down.

#2. Moose vs. Fallah Bahh – Winner: Moose with the Spear

Post match, Moose gets Fallah Bahh in an Ankle Lock while screaming at Ken Shamrock. Message sent to the World’s Most Dangerous Man.

– Tommy Dreamer’s encouraging Tessa Blanchard to steer away from feuds and go after more accolades. But Tessa’s not having it, she wants to kill Sami Callihan & oVe for good, and she will not be persuaded otherwise.

– Alisha and Eddie Edwards are talking things out. He’s sorry and will take it easy on Ace in future. Some random girl (hooker) shows up and thanks Eddie for a great time last night, implying he slept with her. Alisha slaps him in the face and walks off, prompting Ace Austin to chime in and call Eddie a real “piece of shit”. Wow, this Austin guy’s a real douche.

– Alisha finds Ace, who happens to be with the girl from earlier. He shoos her off and asks if Alisha is alright. They walk off in to the night together.

Flashback Moment Of The Week: AJ Styles (c) vs. Sting for the TNA World Heavyweight Championship at Bound For Glory 2009 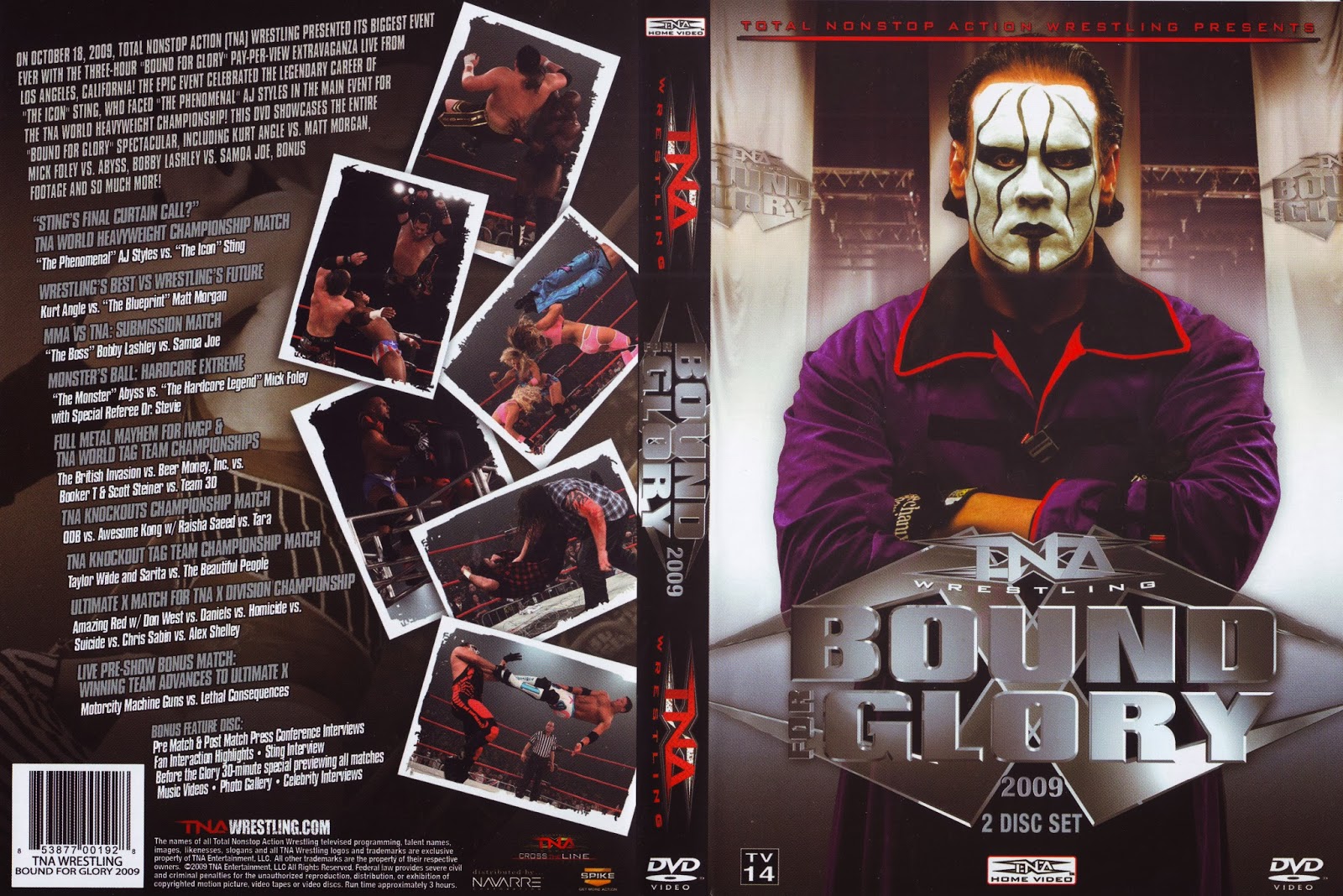 – Taya Valkyrie is stressed out about Tenille Dashwood. It should be all about her, she’s the longest reigning Knockout’s Champion. John E. Bravo gives advice, but Taya says all his ideas are stupid .. so she goes looking for someone else to talk to.

– Johnny Swinger is coming to Impact for two reasons: 1) to chew bubblegum, and 2) pop the territory. And guess what daddy? He’s all out of bubblegum. The King of Swing is rolling in to Impact Wrestling. He shows off his big arms to some nice girls sitting down for coffee, but at least one of ’em doesn’t seem impressed. Swinger thinks they were hanging on to every word, much like how everyone will when he debuts.

– Tenille Dashwood is with Jimmy Jacobs. She tries introducing herself, but Kiera Hogan and Madison Rayne butt in. Dashwood interrupts them introducing themselves, so Kiera tells her to go to the back of the line. But Tenille’s willing to go right through the line, and is ready to take on all challengers. Madison books Kiera in a match for next week, which she reluctantly agrees to.

Dave Crist got involved so they could beat up Rob Van Dam. The plan backfired, as RVD fought them off and nailed Crist with the 5-star Frog Splash.

– Jimmy Jacobs looks to get a word with Brian Cage. Melissa Santos answers the door and promises we’ll get all the answers tonight.

– The Rascalz tree house. Dez & Wentz ask Trey if he “got the stuff”. After some excuses, Wentz chokes Trey for not getting the stuff. Rich Swann & Willie Mack pop in and apparently have some of their own. The tree house creams up and everything is right with the world. Swann & Mack want to bring up the tag team main event, and who will face the winners. But instead of bringing up old rivalries, Wentz decides a party is more fun.

– We’re on The Deaner’s farm again. The Desi Hit Squad are still being tortured .. and Gama Singh has a plan to get out of this. After talking about going fishing, The Deaners think their farmhands have been working hard; so they’re taking ’em to the swimming pool as a treat. After messing around with some baits, Gama pushes Rohit Raju in to the water out of frustration. This could go on for a while yet

– Jordynne Grace is looking for Rosemary in the dark lair. She finds her pretty quickly, and strongly tells Rosemary to leave her alone in future. Rosemary says we don’t take orders from her .. they come from the shadows. If the shadows say Rosemary should go out to save her backside? That is what she will do. There’s a tense stare down, as Rosemary makes the point she does not choose who she helps.

– Possibly LAX’s final backstage segment. Konnan says they built this place, as he shares his passion to motivate LAX in to doing this one more time, to prove they are the best tag team of all time. It’s a great motivational speech, cut in a way unique to him. Santana & Ortiz reciprocate before this main event with heavy stakes.

Ethan Page mocks LAX by wearing Santana’s bandana in victory. Josh Alexander waves goodbye to Santana. LAX look dejected, it’s really over. The crowd chants LAX, as they absorb what just happened. Konnan holds their hands up high, as Josh Mathews extends the company’s gratitude to everything Ortiz, Santana and Konnan have done for Impact Wrestling over the years. Don Callis is going to miss seeing them, as will everyone else in Impact.

– The Impact World Heavyweight Champion Brian Cage makes his way to the ring with the title and his girlfriend Melissa Santos. After working hard for fourteen years to become World Champion, he never imagined it would turn out like this. Coming back to retain the title against Michael Elgin set him back. He’s not happy with his lack of title defenses, but he does have some good news. In six weeks he will be cleared, which means he can compete against Sami Callihan at Bound For Glory. He went in to the office today and told management straight up that he wants to defend it. There’s no way they are vacating it.

The only positive to come out of all this? Is that he’s had extra time at home with the one he loves. Actually, the title was the second biggest thing he wants to do tonight. He reaches in to his pocket and pulls out a ring box. Brian gets down on one knee and proposes to her. Melissa takes a look at the ring and happily accepts his proposal. Congratulations to Brian Cage and Melissa Santos on getting engaged to be married! And that’s how we end this week’s episode of Impact Wrestling, thanks for joining us.