Welcome To WWE NXT, we are shown an opening video package highlighting all of our key matches. Kevin Owens makes his way down to the ring. Alex Riley, Rich Brenneman and Corey Graves on commentary.

Owens with a big time clothesline and then another in the corner. Owens nailed a rolling senton into the corner. He grabbed the sign that CJ brought with him. He broke it and then hit a front flip over the top rope taking out CJ Parker! Holy shit chants break out as Owens brings CJ back into the ring. CJ cuts him off with a heel kick. CJ puts the boots to him, but not for Owens fights back and nailed a big time clothesline. Owens hit a big neck breaker and then a powerbomb for the win. Owens walks away from this one with a bloody nose.

Sin Cara and Simon Gotch start things off, Cara nailed a springboard Crossbody and then another one for a near fall. Cara with a kick to the leg of Gotch, however, he sends Aiden English to the floor and then tags in Kalisto, who nailed a double team splash with Cara for a near fall. tags in Cara, he nailed a standing drop kick followed by a powerbomb for 2. Cara goes for a backslide, but Gotch tags in English. This leads to English pulling him out to the ring and then back into the ring, where he covers him for 2. English puts the boots to Cara. However, Cara finally gets the hot tag to Kalisto and he cleans house. sends Gotch to the floor with a kick to the face, they then send English over the top rope and to the floor. Here the tag team champions. They take out English, but not Gotch. He rolls into the ring and tries to lift him up, but Kalisto reversed and nailed his finisher for the win.

Winner and champions: The Lucha Dragons

The crowd begins to count, Corbin throws him into the corner and then nailed a big boot. We see Bull Dempsey in the audience as Corbin nailed the end of days for the win.

After the match, Corbin and Bull stare each other down. However, nothing happens.

Sami Zayn is shown sitting in the locker room with Kevin Steen sitting there staring at him. They do not acknowledge each other as Zayn gets up and walks out of the room. And up next is… 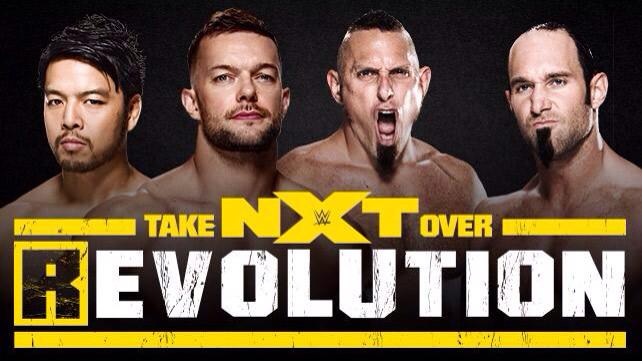 Finn Balor comes out in his traditional body paint and has an amazing entrance. The Ascension is freaked out. It is time!

Both teams start brawling before the bell even rings. Both Itami  and Balor nailed a corner drop to both men. Now, The Ascension regroup, Itami  and Viktor start things off. Itami with a drop kick to Viktor, he tags in Balor, who nailed a springboard kick to the chest of Viktor. with a chop to the chest of Viktor for 2. Viktor nailed a big knee to the face of Balor and tags in Konnor, but he runs into a by Balor. Itami tagged in and lands a series of uppercuts followed by kicks to the chest of Konnor. However, Konnor cuts him off with a flapjack and tags in Viktor, who beats him down. Konnor tags in, he goes for a powerslam, but Itami  blocked and kicked him in the gut. Viktor tagged in and knocks off Balor from the . He puts the boots to Itami as the fans boo. Moments later, Itami gets the hot tag to Balor, who cleans house on Viktor. He takes out Konnor with a flying clothesline. drop kicks Viktor to the floor and then takes them out with a front flip over the top rope crashing to the floor. Back in the ring, Balor goes to the top rope, but knocks off Konnor and misses his diving double foot stomp on Viktor. nailed a brainbuster suplex for 2. Konnor breaks it up, but Itami takes out Konnor and they fall to the floor. misses a wild kick and Viktor hit the STO to Balor for a near fall. Itami breaks it up, he goes for his finisher, but Konnor breaks it up. He sends Itami to the floor and then they go for the fall of man on Balor. Itami pulls Konnor to the floor and Balor hit a kick to Viktor. Itami with a running to him. Both Itami and Balor go to the top rope where they hit diving double foot stomps to the Ascension for the win. 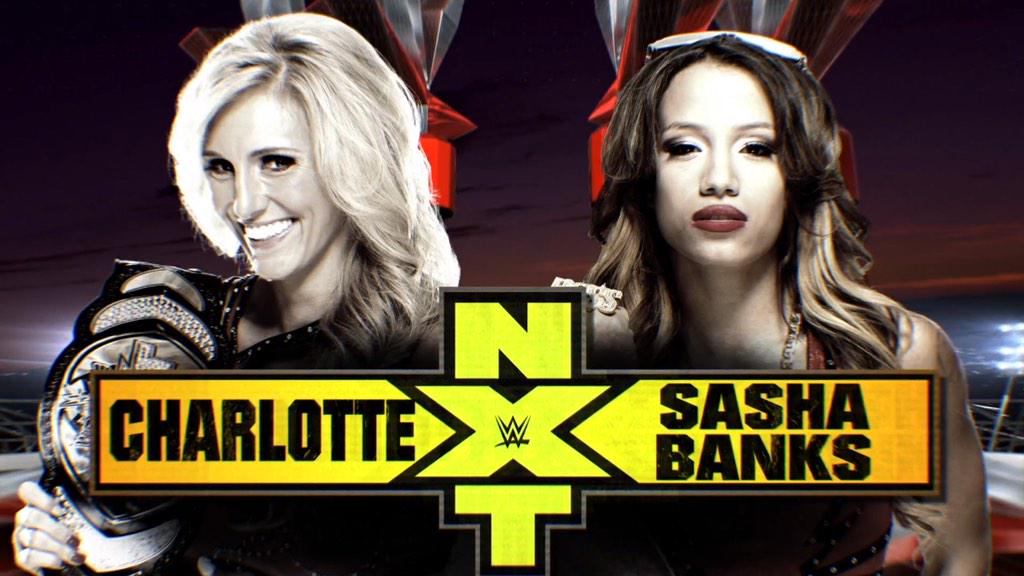 Charlotte takes her down and starts punching her in the face. Banks with a knee to the gut and lands a chop to the chest of Charlotte. However, Charlotte fights back and lands one of her own. Banks takes her down and mocks Ric Flair. Charlotte rolls her up for 2, but Banks nailed the bankrupt and Charlotte tries with all of her might to fight out of this submission hold. She does and throws her back first into the corner. However, Banks her down by her hair and covers her for 2. Banks with a head scissors submission, but Charlotte fights out with an electric chair. Charlotte with a knee to the back followed by a neck breaker for a near fall. Banks sends her to the floor and then goes for a dive through the middle rope. Banks put up her knees and then sends her into the turnbuckle once back in the ring. Banks goes for a back breaker, but blocked and Charlotte goes for the figure four leglock, but blocked and Banks rolled her up for 2. Banks with a neck breaker for 2. Banks becomes frustrated. Charlotte nailed a out of nowhere. “This is wrestling” chants break out, Charlotte goes for a moonsault, but Banks moved and Charlotte lands on her feet. Charlotte drops, stops and hit a standing moonsault for a near fall. Charlotte lifts her up, but blocked and Banks her face first into the turnbuckle. Banks her on the top rope, she goes for a suplex, but Charlotte blocks and sends her off the middle rope. Charlotte hits the natural selection off the top rope for the win.

He is an American professional wrestler better known by the ring name Simon Gotch. He is best known for his time in WWE, where he ...