Hi folks! Today, we’re looking through a list of answers to a question I recently put to our devoted Facebook followers:

If You Could Make Two Changes To WWE’s Product, What Would They Be?

Surprising how many jumped at the opportunity to share their answers. Some claimed sharing only two examples was not enough to adequately describe what they’d like to see. And yeah .. with these answers, I’m not saying they all make good business sense, nor that we have to agree blindly. It’s up to you to decide if they make sense or not.

To clarify, none of these were of my own choosing. I’ll do my best to provide an unbiased explanation for each entry, as well as my thoughts on if they should be implemented. It’s not the first time (or the last ) we’ve done this, so again, thanks to everyone for your answers! It would not be possible without you.

The idea of an off season has been suggested several times by fans and former wrestlers. Much like sports, an off season would give wrestlers (& fans) time to catch their breaths before going all out for the rest of the year. The benefits would be great, as wrestlers would be able to heal injuries and spend time with their families without missing out; giving a major boost to morale.

It would also create great anticipation, and the feeling of missing something in your life. There’s no time to miss WWE to appreciate its value, because you know it’s always there no matter how good or bad the product is. Two weeks of downtime would be enough I’d say, preferably over a holiday period like Christmas? A month would be excessive. But while it would be a dream scenario for many .. the biggest roadblock lies within the industry.

Wrestling never stops, so when you’re not out there selling .. guess who is? The competition. If we’re gonna have an off season, all major promotions would have to agree to cease doing business til it’s over. Why should WWE get an off season and no one else? We can’t say WWE should do it, then completely disregard other companies who will capitalize on everything while they’re on hiatus. It would have to be made illegal to run wrestling shows during a designated off season negotiated by the majority of promotions. Back in March, Roman Reigns shared his thoughts on the possibility of an off season.

“Unfortunately, we don’t have an off-season like most sports or other kinds of forms of entertainment or competition but, you know, I think if we could make it work, it would give a great benefit to our performers and our fans as well. It would definitely give our performers another couple of months if not a full quarter to rest and recover, not only just from a physical standpoint, but creatively.

When you go year-round, we’re always trying to evolve, trying to grow as far as our stories and our character goes and when you’re doing it over and over and over it can be tough. I think that’s what makes WWE and its superstars so tough and it’s an accomplishment to get to where we are. Only we can handle this and we’ve proved it, so it’s just a part of the gig. I don’t think it’s something that shouldn’t be looked into, but if the schedule stays the same I’m gonna be the guy that’ll run it.” 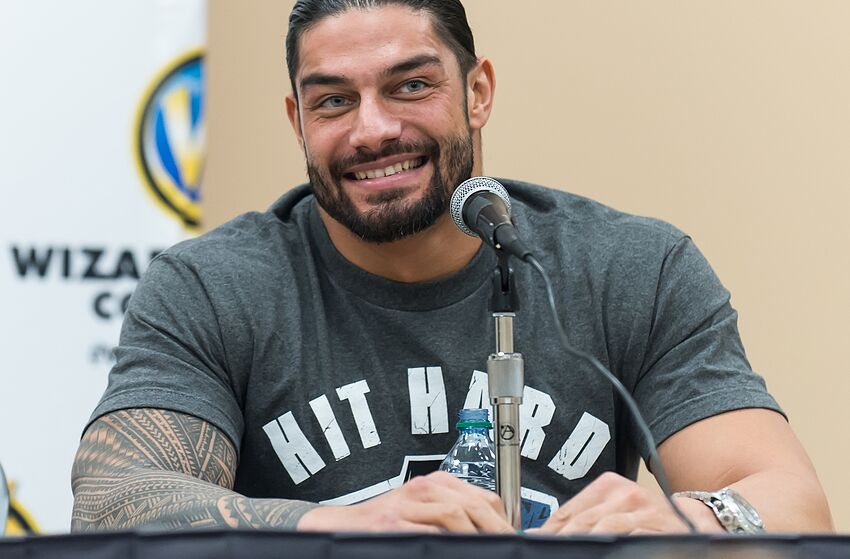 I know many don’t like Vince Russo, but I remember a podcast years ago with Stone Cold Steve Austin where he criticized the practice of allowing matches to be interrupted by commercials. Or even worse, during a match, WWE sticks on a movie trailer, recaps an unrelated story line, or have other talents steal the spotlight on commentary.

It really hurts the product when the wrestlers in the ring are working their butts off, only for management to say “Screw you, we need time for this, you’re getting paid so don’t worry about it!” How is anyone new to wrestling supposed to take it seriously when the company can’t take its own talent seriously? I know Raw has a ton of commercials, but surely they could work around it better?

Won’t go into this too much, because other points touch on it. You’re only gonna get what I mean if you’ve watched NXT. Most of the current main roster went through there, so it’s doing what it’s supposed to do .. even if the promoted talents don’t always end up better off; here’s looking at you Tyler Breeze.

To put it simply, NXT keeps it basic and does not insult anyone’s intelligence. They have 1 hour of TV a week, a PPV every 3-4 months, and they blow everything WWE produces out of the water. Logical storylines. Feuds which make sense and grow organically. Authority figures who take up very little time. It’s more of a wrestling product aimed at the mature wrestling fan, which is why it’s held in such high regard in comparison to the main roster. There’s no reason why Raw & Smackdown can’t be more like NXT. When The McMahons gathered on the infamous Raw claiming “The WWE Universe is in charge”, they also said there would be fresh matchups and no automatic title rematches. Yet, what they failed to do is apply the same thing to PPV rematches as well. Like, how many times do we need to see Roman Reigns vs. Drew McIntyre? And how can Ziggler vs. Kingston be fresh when they’ve battled each other in the mid-card for over a decade?

Look at the Stomping Grounds card. Notice how almost every match announced is a rematch? It’s not always easy making fresh matches, but with a massive roster and so many hours of programming it could be better. Some matches are worth repeating, but WWE has a habit of doing it too often with pairings people don’t care for. There’s no excuse for making Stomping Grounds a glorified repeat, other than sheer laziness.

Do you know why The IIconics are so successful? Because they are true heels. Everyone hates them .. and for good reason! You’re not supposed to like them, they’re doing their jobs. And it’s been a problem in wrestling for years, where some heels like to be “cool” and get cheered for doing sweet things. It’s confusing sometimes (not just in WWE, but other promotions too), because we get matches with no faces or heels defined.