WWE is releasing a new Dave Batista DVD (Batista – The Animal Unleashed“) on June 10 here in the states.

Here is the synopsis and a sneak peak at the newly revealed cover artwork:

The
Animal, Batista, was one of the most dominant Superstars of the 21st
century, until his abrupt departure from WWE in 2010. Now, the former
WWE and World Heavyweight Champion is back to reclaim his place at the
top of the food chain. In this release, fans follow his path from the
struggles that drove him away from WWE to his triumphant return in 2014.

Why
did he leave? What conquests did he pursue while he was away? How did
he train? And how does he plan to conquer WWE all over again? 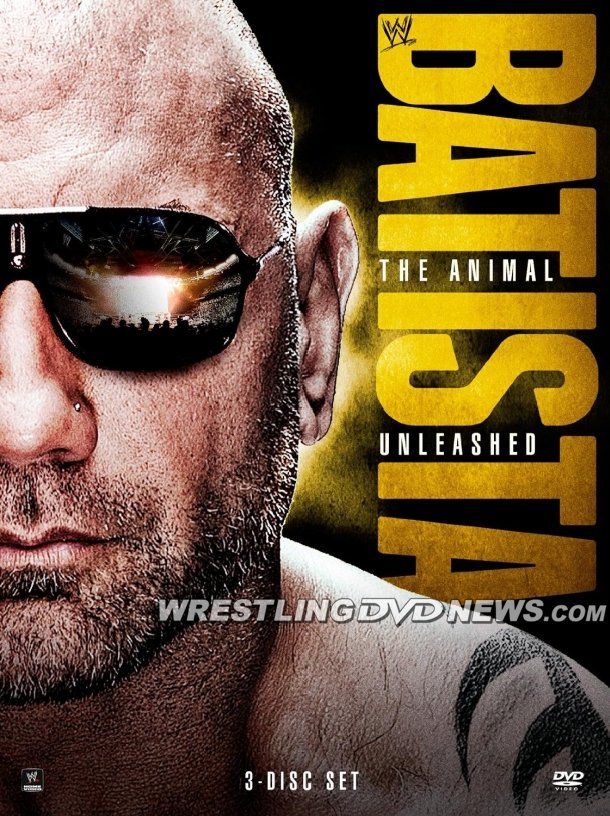 You can pre order your copy by clicking here.