Home Articles Why The WWE Draft is Redundant So in case you haven’t heard, the WWE draft is returning once again. It will be taking place as a special two show event on the October 11th edition of Smackdown and RAW on October 14th. When I heard the news, I’ll admit that I shook my head. Why? It is because WWE, in my opinion, is once again engaging in the unnecessary.

I have shared my thoughts on the WWE draft in the past, and while certain things have changed, my overall stance has not. The reason why I have been against a formal draft is because it regurgitates many issues that plague WWE. Permit me to go through some key points as to why WWE’s draft is inherently flawed.

Whenever WWE holds a draft event, it is like they are doing a complete 360. First, they will hold the draft. It will comprise of two shows with two unique rosters, creative teams, sets, titles and more. However, they do not account for some of the problems that the draft has (we’ll address them later).

Then, they will slowly start to allow RAW superstars on Smackdown and vice-versa. Eventually, the rosters become intertwined and the draft is rendered void until we hold another formal WWE draft.

WWE practically replicated that this year with that god-awful “wildcard rule”. Remember when RAW once opened with WWE Champion Kofi Kingston, Daniel Bryan and Roman Reigns? Then remember when Vince McMahon backstage had a “Eureka!” moment and just started allowing superstars on opposite brands to appear? Why? Just because, that’s why.

That RAW was actually main evented with a WrestleMania rematch between Kofi Kingston and Daniel Bryan. What’s the point in holding Smackdown when you are just going to have their top stars main event another show? This also caused stars already on the RAW roster to get less exposure to make room for people from team blue.

This awful rule made me go back to the days 7-8 years ago where WWE would hold their “RAW Supershows” advertising stars from both brands on RAW. They were essentially doing an abbreviated version of the same thing this year. The worst part? It would mostly be Smackdown superstars coming to RAW. How many times did you see Kofi on RAW, but never would see Seth on Smackdown?

Holding a draft will only result in the same cycle where the brand re-unifies, leaving us wondering why a draft was needed to begin.

With the brand split, each show will have it’s own world title, mid-card title, women’s title and tag titles. Add in the brand-neutral women’s tag titles and the Cruiserweight title, and you have 10 titles in total.

If you ask me, that is way too much. WWE has shown that it doesn’t devote adequate time to all titles. For Pete’s sake, they had both new tag team champions get run over by Braun Strowman on RAW last week. This makes it too cumbersome to keep up with all the separate story lines with each championship.

Not every title is treated with the same significance. Remember when Ali pinned Shinsuke Nakamura, leading us to believe they’d feud over the IC Title? Then, they just randomly took him out and feuded him with The Miz? And now we’re probably back to the original feud with Ali?

The roster is as big and talented as its ever been, especially with the NXT call-ups in recent years. Initially, one would think that dividing the roster and having them compete for their own separate titles would be ideal.

However, when you keep the same tag teams and same titles on the same roster, the match ups get way too redundant. There is no possibility of having creative or dream matches if stars are not allowed to cross over. For example, I would very much like to see Ricochet vs. Shinsuke Nakamura. We cannot get that under the current system unless it’s Survivor Series.

I have stated in the past that it would be ideal if WWE were to use as many superstars as they can in productive feuds or matches on RAW. Then, simply use who didn’t appear on RAW on Smackdown. You do not need a set roster for each show to alleviate these issues. The brand split causes conundrums such as forcing us to see Seth Rollins and Becky Lynch face off against Baron Corbin and Lacey Evans for three months. Everyone’s worst nightmare.

They can simply have one set of tag titles, one women’s championship and both mid-card titles. With the size of the roster, I’d keep the two world titles. While there is still a lot of titles, 10 is way too much to keep up with.

The Roster Won’t Be Maximized This is another recurring problem that the WWE Draft brings. The roster is not maximized because we will be seeing the same faces every Monday and Friday. While there are some that people say do not deserve TV time, there are often many superstars that just get lost in the shuffle.

Superstars such as EC3, Rusev and even Luke Harper (up until Clash of Champions) were lost in the shuffle. Why? Not because they are injured, but because WWE simply had nothing for them to do.

With an organized draft with unique titles to each roster, those not involved in any of those feuds will be curtain-jerking for the forseeable future. Of course, with the 24/7 Title around, we will see them occasionally running backstage for about 4 or so seconds. That counts for something, I guess?

Without a WWE draft and less titles, there would be more room for more guys to get screen time, even if only for 5 minutes. Remember when they had Mojo Rawley talking to himself in a mirror for a few weeks, making us think WWE would be using him for something? Two weeks later, he’s scrambling for the 24/7 Title. Rawley sucks, but it just goes to show if you are not a major player, fighting for TV time will be a battle. 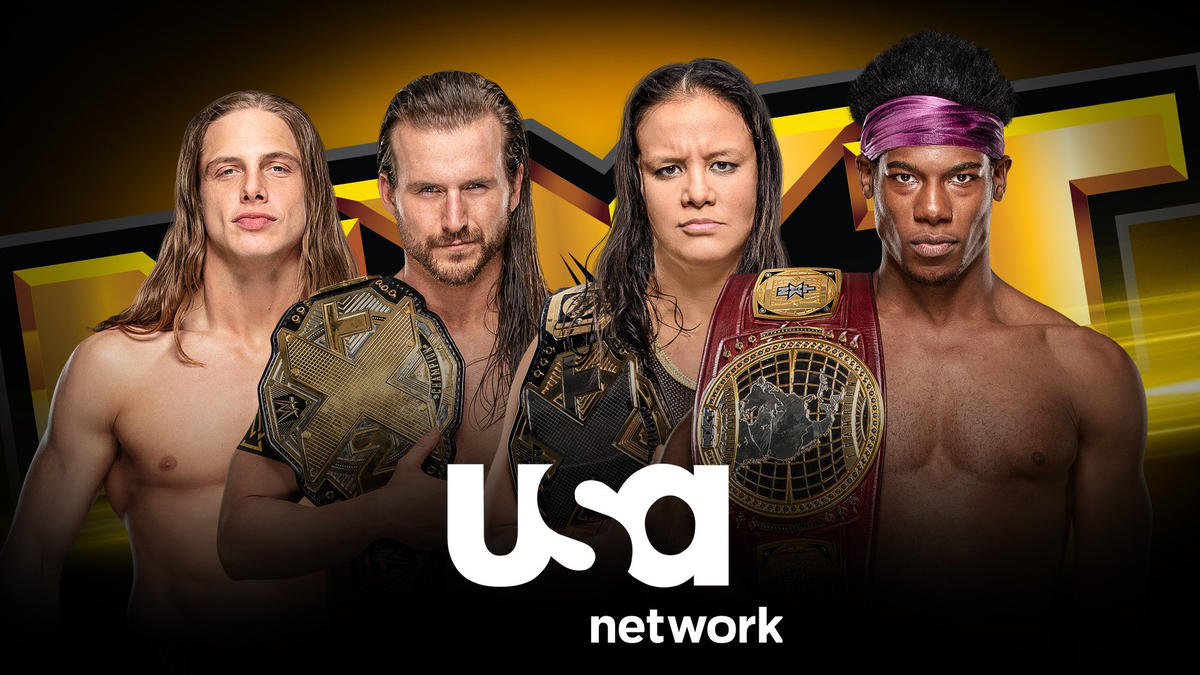 I am especially fearful of this. I don’t know if any of you have watched the anime, The Promised Neverland, but I see too many parallels. Basically, a bunch of orphans live at this facility, and when they reach a certain age, they leave. Initially, we think they are just leaving to go home or they got adopted. However, we see that they are actually being groomed to get eaten by a bunch of monsters. That’s what I am seeing with NXT and the WWE draft.

NXT does a fabulous job of maximizing whatever talent they have. Superstars are able to be themselves, they are allowed to do tremendous character work and put on great matches. However, once they receive the call that they are going to the main roster, you might as well be sent a death sentence.

Did you see the match Roderick Strong had against Velveteen Dream last week? Or the women’s fatal four way? Or Lio Rush and Oney Lorcan? What are the odds they would ever be allowed to wrestle a match that intense on RAW or Smackdown?

Aliester Black and Ricochet faced off against The War Raiders at Takeover: New York in one of the best tag team matches NXT has ever had. All four superstars are now main roster guys. What has happened to all of them since then, you ask?

Well, Black sits in a janitor’s closet begging for someone to fight him. He’ll only realize that he can actually walk out to the ring and issue a challenge where everyone can see him once every couple of months and have a squash.

Ricochet was United States Champion (although he did lose it on his first defense) and has had some quality matches. However, his usage has been inconsistent to say the least. Last week, he was thrust into the awful Maria Kanellis baby daddy angle WWE’s been doing.

As for the Viking Raiders (because War Raiders was too difficult to maintain), they immediately had their names and finishing moves changed. Why? Just because, that’s why. They have proven that they can definitely beat two people 95% of the audience have never heard of, but do not have as easy a time beating real WWE tag teams.

That is why I am scared for folks such as The Velveteen Dream, Johnny Gargano, Tomasso Ciampa and The Undisputed Era. Let’s not even talk about the women’s division (I posted a missing sign for Asuka and Kairi Sane. If anyone has seen them, let me know).

NXT is a promising show, but they also cannot stay there forever either. Eventually, they grow up and leave. And since there is no coming back, we can only pray that they do not becoming neutered.

These are just a few of my critiques of the WWE draft. It is not all bad and there are certain advantages. However, I do not see the long-term value. What do you think? Seth Rollins Comments on His Alliance With Murphy & the AOP, Their Stable Name, More