Home Lists 30 Singles Wrestlers/Teams WWE Could Sign In The Future. At the age of 42, Chris Parks continues to portray “The Monster” Abyss and is a current TNA World Tag Team Champion with Decay. He is the last TNA original to never wrestle for WWE in some capacity. Throughout his career he’s often been compared to Kane and Mick Foley (Mankind) in the way he wrestles and acts. He once stated his biggest inspirations were The Undertaker and Kane. He’s one of the best monsters I’ve seen in wrestling, and he’s done it all besides enter a WWE ring.

Had he shown up in the Attitude Era, he would have fit like an oven glove into ECW or the WWF Hardcore Division. One of his biggest selling points is his hardcore massacres, he’s never been afraid to get close to the barbed wire and thumbtacks. The loss of his front teeth make him look even more demonic behind the mask.

But Chris Parks isn’t limited to being a monster, he proved he can play any role when he portrayed the well-received “Joseph Parks” character. A lawyer who was new to the wrestling business, and the brother of Chris Parks, Joseph Parks came to TNA to look for ‘his brother’ who had gone missing. After learning how to wrestle, Joseph Parks started wrestling, and sometimes “transformed” into his brother, before snapping out of it and reverting back to Joseph.

The angle played out for a long time and was some of his best work, being able to show he could do a Mick Foley and bring something fresh and different. In the end, Joseph Parks found that he was in fact Chris Parks, and he wrestled with the reveal before finally succumbing to the monster within. He’s too old to come into WWE and win a major title, but he would certainly be an asset to NXT, or as a trainer to those in development. When Abyss decides to hang up the boots, WWE would be foolish not to sign him in some capacity. As the most loyal TNA wrestler ever, this remains unlikely, but not impossible. 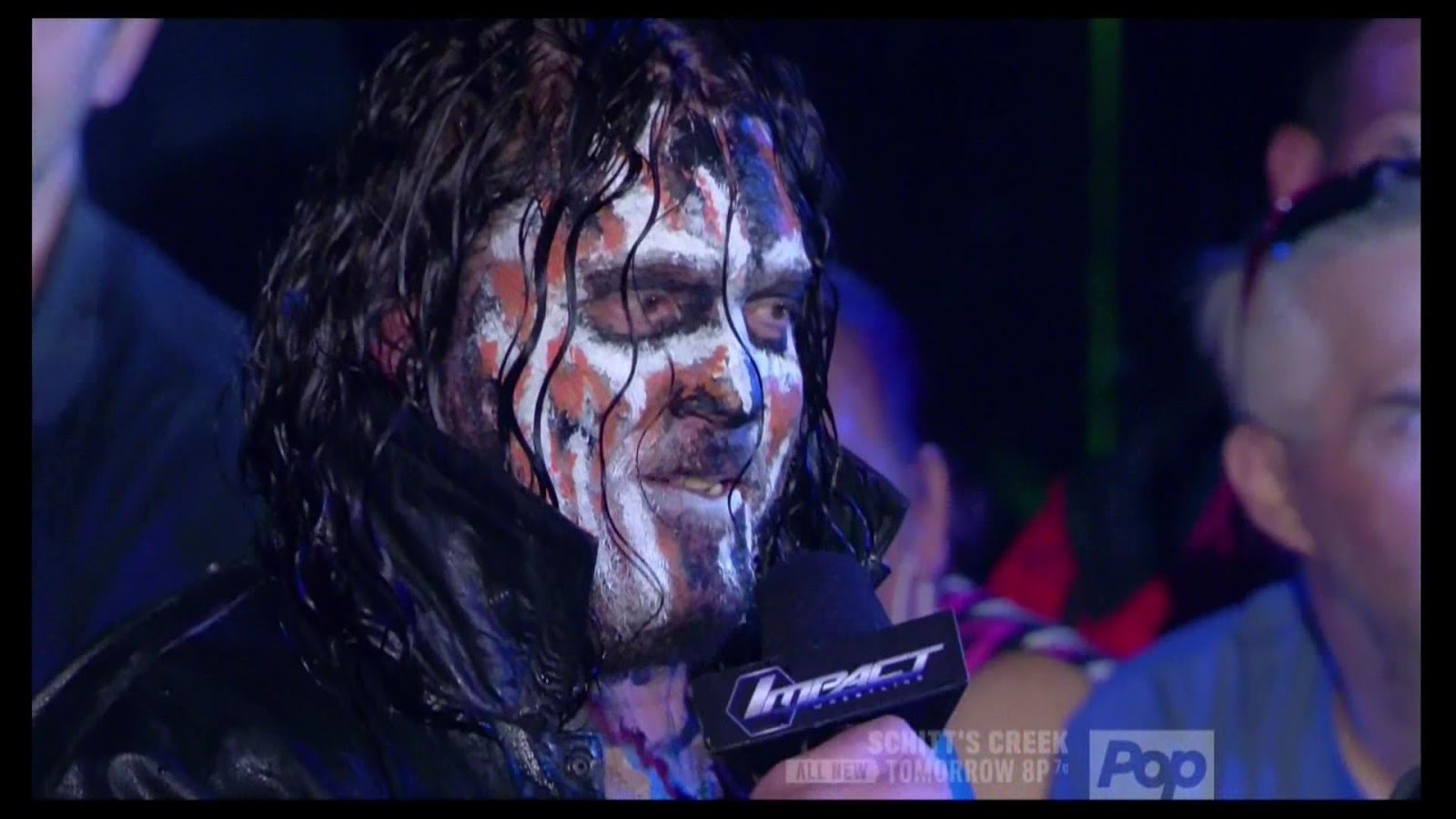 “Adam Cole Bay Bay!” – The newest member of the Bullet Club is destined for greatness. As a former ROH World and Television Champion, he’s done everything he can for the promotion and is hungry for further success. With the Club he could migrate to New Japan and challenge for titles overseas, but what’s more likely is WWE will realize this young mans potential and get him signed up to NXT. While he may be small, his bark is as strong as his bite, and he can certainly use a microphone with the best of them.

He would make a great addition to the “New Era” in WWE. At the age of 27, Adam Cole has plenty of years to establish his legacy, and I wouldn’t be surprised if he followed in the footsteps of the man who inspired him to wrestle, WWE Hall Of Famer Shawn Michaels.

Real name Laura Dennis, she currently portrays Maria Kanellis’ apprentice each week on Impact Wrestling. Before signing with TNA she was regarded as one of the most popular women’s wrestlers on the independent scene and was frequently linked to WWE and other promotions. In TNA, she portrays a character who is “green” and doesn’t know how to wrestle, but she certainly knows how to seen as she’s a multi-time Women’s Champion in the indies.

As Allie she gets decent heel heat with her squeaky chipmunk voice which is somewhat reminiscent of Vickie Guerrero, but time will tell if TNA lets her show her wrestling skills. It seems they want to sell her character to the audience before they make that next step. Seen as she hasn’t been in TNA long, I can’t see her in WWE soon, but she’s only 28 so there’s time to make the next step.

Jay & Mark Briscoe are arguably the most accomplished tag team in the Independent scene from the 2000’s to the present day. They are former 8-time ROH Tag Team Champions, easily the most dominant in ROH history. The twins are in their early thirties, which is a great time to join WWE, but recent attempts at signing the team fell through. It’s hard to know whether they would be taken seriously in WWE, so I can understand their reluctance to sign a contract before getting some singles success.

Jay is the more accomplished of the two, as he’s a two-time ROH World Champion. He seems to be more marketable compared to his brother, so I wouldn’t be surprised if WWE decided to sign Jay and leave Mark. But we all know the brothers won’t want to be separated, as they are a package deal and WWE would have to deal with that. The Briscoe Brothers would be a welcome addition to NXT, Raw or Smackdown and bring serious competition to any tag team scene they end up in. Currently on the injured list, the son of Scott Hall is 25-years-old and a force to be reckoned with in New Japan. As a bodyguard of the Bullet Club, he learns from some of the best the promotion has to offer, so it’s only a matter of time til we see Razor Ramon Junior show up in a WWE ring. Got a problem with that chico? As a boy, Castle was inspired by wrestlers such as “Macho Man” Randy Savage, Curt Hennig, Davey Boy Smith, and Frank Gotch. His gimmick is one of a flamboyant showman, which draws comparisons to Gorgeous George, Adrian Street and Ric Flair. He also cites rock stars David Bowie and Freddie Mercury as inspiration.

He’s often accompanied by “his boys”, two shirtless men wearing masks who serve as human furniture and occasionally fan him down. His entrance ring attire features a suit which opens up into a peacock-like display, which adds to the colourful nature of his character. This display changes to feature more elaborate and pleasing designs depending on the venue. Castle also pushes merchandise such as masks, posters, books, peacock shirts, fan up shirts, and best in the world shirts.

When I see Dalton Castle, I see a superstar. I think to myself … why is he in the indies when WWE could be showcasing him? He’s very natural on the mic and in the ring, so all he needs is a little fine polish and he would make a welcome addition to any roster as a main event talent. At 30-years-old, he still needs to prove his worth by winning some titles, which could be the only thing holding him back at this point. Can he win gold?