I’ve been a ghost as of late, due to family and work priorities, but I’m back now! The following is a list of things that I feel should NOT happen at or after the SmackDown Live exclusive pay-per-view event, Money in the Bank.

Please, for the love of god, WWE, do NOT hand the World Title back to Randy Orton. He’s bland. He’s boring. He’s careless. His character is tarnished. Yeah, I get it, they have that India tour later in the year and it wouldn’t quite make sense to take the title off Jinder prior to that, so perhaps they won’t, but this is the WWE we’re talking about. They have the tendency to mismanage a situation almost routinely, so I won’t really hold my breath expecting the “Modern Day Maharaja” to retain.

Mr. Money In The Bank Cashes In On The Same Night He Wins The Contract Few weeks ago, I was watching SmackDown Live and couldn’t for the life of me think of who won the contract last year. I later discovered it was Dean Ambrose. He won the contract, and only an hour later cashed in on his former teammate, Seth Rollins, after he defeated Roman Reigns in his return match. Which led to the once intriguing but very boring Shield rivalry. Ambrose cashing in the contract on the very same night he won it completely killed any anticipation and excitement that we could’ve received for months. I enjoy the suspense while awaiting a cash in throughout the year. It adds something to any given WWE Title match. The contract holder could be in a totally different feud, but that anticipation whenever the World Champion is on television will always remain and will always keep you invested. No matter who has the briefcase, when they cash in, the crowd is usually into it, readying for the historic moment. Hell, Sheamus even got cheered. Sure, Roman Reigns was despised miserably at the time, but still. You get the gist. Basically, I’m plain and simply not a fan of guys, now girls, cashing in on the same night they won it, so I pray that doesn’t occur come June 18!

Charlotte Flair Wins The Woman’s Money In The Bank Contract I’m a fan of Charlotte. I believe she is the most talented, well rounded, decorated woman’s wrestler in the WWE. She’s already added so many historic moments to her resume. I can easily see Vince McMahon giving her the green light. 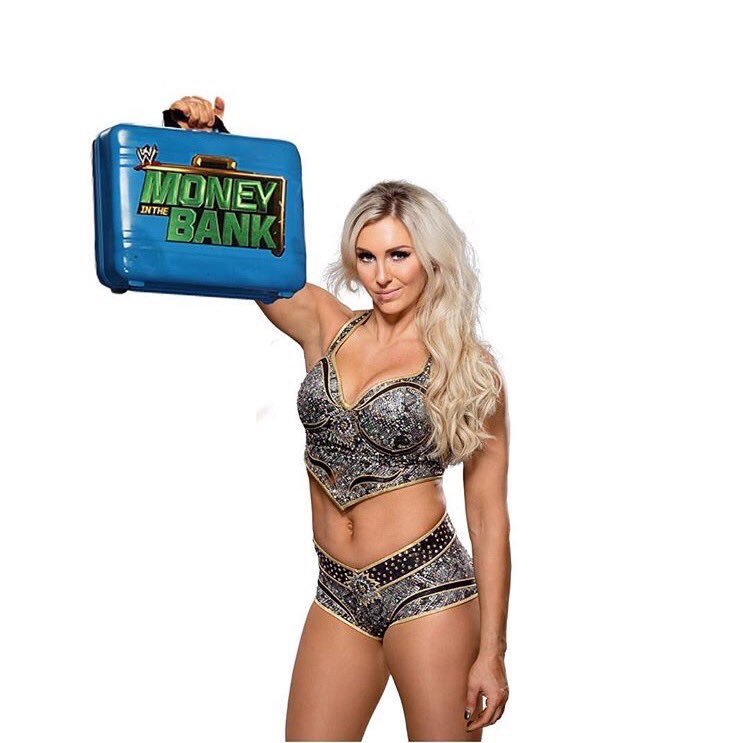 But do I think she SHOULD win the contract? Frankly, no. She’s going to get her shot at the title soon enough. Let someone else bask in the glory. I’m personally in favor of underdogs being equipped with the contract. It’s more appealing and exciting. I like seeing people who never quite get a big break be victorious. Charlotte is obviously not an underdog. She’s a multiple time Woman’s Champion who will get plenty of opportunities at the title in her career, as opposed to someone like Carmella, where this could be her one and only chance. I’m not at all saying I’d particularly prefer Carmella to win the whole thing, just making a valid point. But if your curious, in my opinion, Becky would be the best choice to come out on top at this point in time.

Money In The Bank Winner Takes The John Cena Route When John Cena won the contract in 2012, he warned his opponent, CM Punk in advance that he would cash in the following week on RAW 1000. I would absolutely appreciate if this would not happen this time around. Let’s break it down though. Let’s be real here, Kevin Owens and Baron Corbin would not relegate themselves to that if they were to be victorious at the PPV. It wouldn’t make any sense. They’re opportunists. It’s simply a babyface tactic. What about Dolph Ziggler though, he’s a heel like them? Indeed, he is. But we all know that classic, tedious promo that Dolph does constantly on a nightly basis to garner sympathy regardless if he’s a heel or face: “I have to prove myself each and every night, I’m an underdog…” Yadda, Yadda, Yadda. Shut the hell up! I wouldn’t be surprised if Dolph warned the champion in advance. Just to prove he’s “worthy” once again. But fear not, Dolph will not win anyhow. AJ Styles, Sami Zayn and Shinsuke Nakamura. I could see any of those three forewarning the champion. Especially Sami. He just has that mentality about him. I want surprise, I want suspense. I don’t want to know when you’re cashing in. That’s lame.

Money In The Bank Winner Fails To Cash In 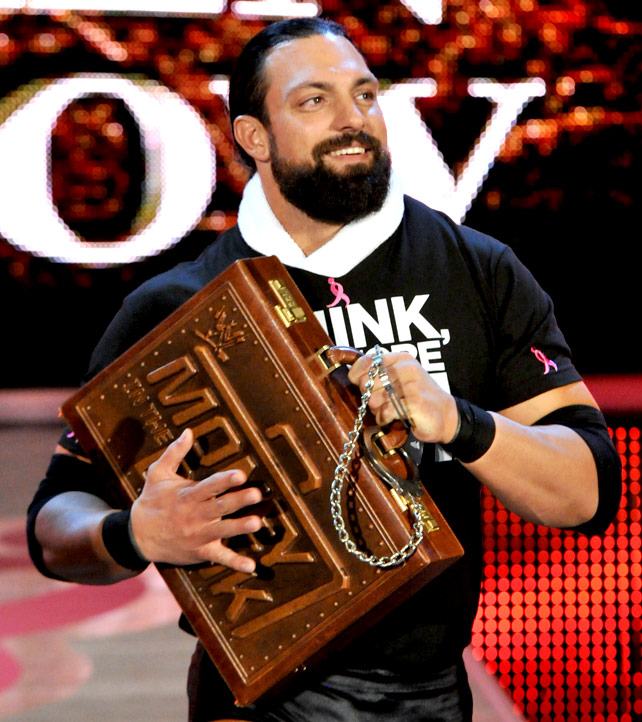 It’s happened twice in history. John Cena and Damian Sandow both failed to cash in successfully. What the hell is the point of the wrestler holding the briefcase for so long only for him/her to fail in the end? Especially if the company has no prominent plans for you afterwards. Damian Sandow is a fantastic example. “Mizdow” was pretty funny at times, but my god, come on, from a World Title contender to a goof who mocks another superstar? Please! That’s all I got to say about that.

Who do I want? 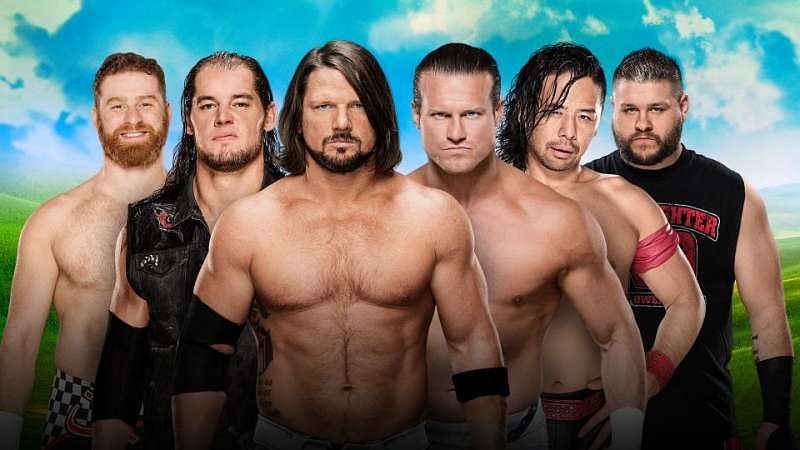 Kevin Owens would be without a shadow of a doubt the most exciting and entertaining Mr. Money in the Bank of the bunch. His attitude, character and personality fits the position exceedingly well. I could hear the promo now…

If it was completely up to me, Owens would be the victor. Will they give him the briefcase even though he already has the US Title? I personally hope so, we shall see. My second pick would be Sami Zayn. He’s clearly an underdog, which I said previously I’d prefer. He’s been in countless meaningless feuds and he’s been overshadowed by many. The guy really needs something to boost him to the absolute top of the food chain and this is the perfect opportunity to jump on and take advantage of. He’s one of the best in the business and he’s being utterly wasted. Fans would be invested in his eventual cash in. It would be a long time coming. Sami deserves to be World Champion in the coming year. And I don’t see an issue at all going through with it. For gods sake, Jinder Mahal is WWE Champion which means basically anyone’s chances of holding the world title are inevitable. So, why not Sami? 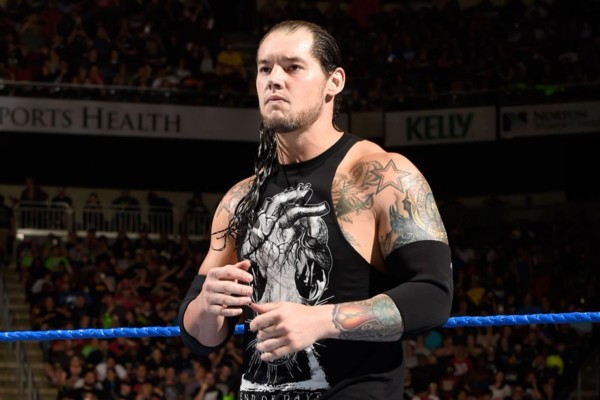 It’s been rumored that he now has the company behind him and he’s in line for a pretty crucial push. I’m not a huge fan of Baron Corbin, but I don’t really mind him. His work on SmackDown has been tolerable ever since the draft. There’s guys in the match I’d put before him, but I wouldn’t throw a fit if he won.